Three months after announcing it would reduce dosing in its historic Phase 3 Huntington’s disease clinical trial – and pausing for a reset – pharma giant Roche announced on June 20 that it has reopened recruitment for the study, known as GENERATION HD1.

GENERATION HD1 aims to measure whether Roche’s gene-silencing drug, RG6042, will slow, halt, or perhaps even reverse HD symptoms. In late January, Roche announced that it had enrolled the first participant in the trial, which will include a total of 660 volunteers at more than 90 sites in at least 18 countries around the world.

In the original trial design, participants would undergo monthly spinal tap (lumbar puncture) procedures over 25 months. One third of participants would receive RG6042 each month and one third every other month. A third would get a placebo.

The change in dosing required Roche to stop the trial to obtain updated approval from regulatory agencies in the respective countries where the program is operating. Recruitment had to start from scratch, with all new volunteers. Roche completed the necessary details for resuming the trial in just a few months, as it had hoped.

“In March we announced our plan to amend the dosing frequency and study design, which will make study participation less demanding for patients, their families and HD centers,” Mai-Lise Nguyen, Roche’s HD patient partnership director, wrote to the HD community in a June 20 e-mail update on the trial. “Since then, our team has been working to implement study changes and obtain approvals from clinical trial review boards and authorities around the world. Today I am pleased to share that we have reopened the study for recruitment of new patients.” 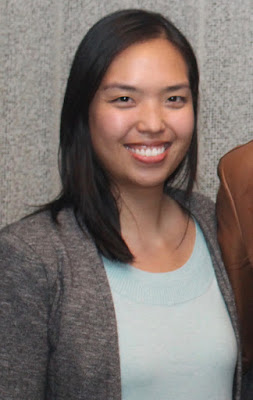 With the lumbar punctures, GENERATION HD1 clinicians introduce RG6042 into the cerebrospinal fluid (CSF), which circulates along the spine and bathes the brain. The researchers hope that the drug will penetrate the brain sufficiently and, as a result, stop progression of HD.

Lumbar punctures are routine and generally safe procedures, although they can sometimes cause side effects such as headaches and bleeding. In GENERATION HD1, the dosing will be a 20-minute outpatient procedure.

Roche changed the dosing based on new data taken from the OLE of the Phase 1/2a clinical trial of RG6042. Phase 1/2a was run by Ionis Pharmaceuticals, Inc., the original developer of the drug. Involving 46 volunteers in Canada, Germany, and the United Kingdom, that trial ended successfully in December 2017: the drug substantially lowered the amount of mutant huntingtin protein, the purported cause of the disease, in the patients’ CSF, which could be an indication of what’s happening in the brain – again, something to be studied in Phase 3.

All 46 participants took part in the 15-month OLE, which is run in support of the overall RG6042 research program. Nine months into the OLE, Roche had data indicating that it could reduce dosing in the larger Phase 3 study. Whereas 25 percent of the Phase 1/2a volunteers got a placebo, all 46 received the drug in the OLE.

“Initial clinical trial authorizations to start the amended GENERATION HD1 study have been received, and we expect to receive the remaining approvals soon,” Nguyen stated. “Recruitment timing will be different at each participating HD clinic/center, because the protocol amendment must be fully approved and in place at each study site before local recruitment may open. Our team is working to rapidly activate the updated study protocol at each site.”

Roche recommends that those interested in participating contact their local HD specialists. Individual site information will also be posted at ClinicalTrials.gov and ForPatients.Roche.com.

Individuals who had already started GENERATION HD1 before the announcement of the changes in dosing will be eligible to switch to GEN-EXTEND, an OLE study in which everybody receives RG6042 (no placebo).

Publication of the first data

The resumption of GENERATION HD1 comes in the wake of the first official publication of Phase 1/2a data. That article underscores the impressive results of the trial but also the need for careful study of RG6042 in Phase 3.

Co-authored by 22 scientists, including leaders of the Roche and Ionis HD teams, the article “Targeting Huntingtin Expression in Patients with Huntington’s Disease” appeared in the online edition of The New England Journal of Medicine (NEJM) on May 6 and in print on June 13.

The article confirmed that Phase 1/2a met its primary goal of demonstrating no serious adverse effects of RG6042.

The article also provided details demonstrating the extent to which RG6042 reduced the mutant protein in the CSF. However, it added that researchers still do not yet know whether that reduction in the CSF corresponds to a reduction in the human brain.

A ‘big leap forward,’ but with a critical need for Phase 3

The NEJM article also revealed that two tests showed results that could prove worrisome: temporary increases in the size of the ventricles (fluid-filled spaces) of the brain and in a biomarker (sign of disease) known as neurofilament light.

“Getting to the bottom of these potentially concerning lab tests requires a larger group of people, followed for a longer time,” commented HD researcher Jeff Carroll, Ph.D., in a May 7 HDBuzz.net article.

In Huntington’s, the ventricles “appear to grow, as the [brain] tissue around them shrinks,” Dr. Carroll explained. This is “the opposite effect one would hope for if the drug was slowing brain shrinkage,” he added.

Regarding neurofilament light, Dr. Carroll observed that “this marker is released by sick and damaged brain cells called neurons, and researchers have previously demonstrated that it increases slowly and predictably in HD mutation carriers.”

The need to understand these test results is “exactly why Roche and Ionis are conducting a new, larger, study called the GENERATION-HD1 study,” Dr. Carroll continued.

Dr. Carroll concluded that “the now published results of the first study with a drug targeting the root cause of HD are a big leap forward for the community. They point towards refinements and cautions we should consider as we test the drug in larger groups of HD patients over a longer time.”

Click on the links below for previous articles on RG6042.

"The best news for the Huntington's disease community since the discovery of the gene: Ionis data revealed, Roche confirms jump to Phase 3"