Enjoying the life we have left

Confronting Huntington’s disease is a full-time job. Families and caregivers must constantly watch over their stricken loved ones. At-risk individuals often struggle for years over the decision to get tested. And asymptomatic gene-positive people like me wonder daily when and how the symptoms will strike.

One big lesson that at-risk and asymptomatic HD-positive people need to learn is that we all need and deserve to take a break from time to time. If not, worrying about the disease can completely consume our energies and leave us frustrated with the fact that we have given our lives over to HD.

Lately I’ve had this feeling myself. I have become overwhelmed with worry about HD and the movement to stop it.

So I decided it was time for my own break.

On October 15, I met up with Dr. Martha Nance at a reception for the Huntington Study Group (HSG) scientists participating in a research conference in San Diego. Dr. Nance is a specialist in HD and other brain disorders and regularly reads my blog. We attended Yale together in the late 1970s.

Dr. Nance pulled me aside and offered some friendly advice. “I’m not your physician,” she said with a shy and caring smile. “But your recent blogs have concerned me. Don’t feel that you have to do the blog every week. It’s okay to do less, especially because you’ve done so much. Don’t burn the candle at both ends.”

She had caught me in the midst of yet another streak of HD-related activities: working dinners, meetings, and visits to local drug-discovery companies focusing on treatments for HD. The next morning, a Saturday, I awoke early to return to the conference site to listen to HSG scientists present some of the latest research news. I didn’t get home until late afternoon.

I indeed had done a lot with the HD movement, but the fear of getting symptoms and my commitment to the movement left me feeling as if I had the world on my shoulders. Dr. Nance’s words helped remove a huge part of that burden.

Wisdom about HD and life

They also led me to ponder my next steps in the HD movement and my strategy to stave off symptoms.

I remembered how one at-risk board member of the San Diego chapter of the Huntington’s Disease Society of America (HDSA-San Diego) resigned about the time I became involved with the chapter in the late 1990s. She had given many years to the fight, she said. Now it was time to enjoy her remaining time without symptoms.

We had that conversation before I tested positive in 1999. I remember feeling sad about her departure. We needed people like her in the fight! I couldn’t understand how she could apparently abandon a movement that might save her life.

Whenever one little voice tells me to quit, another quickly pipes up and urges me to keep going.

But now I am beginning to understand the wisdom of that former board member. She needed and deserved a break!

Nights at the computer

These feelings reached a crescendo in the days before HDSA-San Diego’s tenth annual Celebration of Hope Gala, a fundraiser supporting the local HDSA Center of Excellence for Family Services and Research and other HD programs.

I’ve helped with every one of these events, from placing copies of the chapter newsletter I edited onto each chair in the dining room to photographing and writing about the event for the newsletter and our website. One year I even had the winning bid on a great auction item: six tickets to the Macy’s Thanksgiving Day Parade in New York City.

I shared my many cross-cutting feelings about my years in the chapter with my wife, the most intimate witness to my attempts to cope with living positive for HD.

She agreed with the sentiments of Dr. Nance and that former board member.

“How many nights and weekends have you sat at the computer working on HD stuff?” she asked rhetorically. “Those were hours that you could have spent with me and our daughter. You could be exercising instead of sitting in front of the computer. That’s more important for your health.”

I didn’t regret my work, but it suddenly hit me how long I’ve been in this fight. Our daughter – the “miracle baby” who tested negative in the womb for HD – is ten. As she approaches her teens, she will need a strong and healthy father.

If I take good care of myself, I’ll have a better chance of being that father.

My wife was sitting in the bathroom, where she was drying off our dog after a bath with anti-flea shampoo. I sat down next to her to help.

“How rarely I sit down with my family in the evening to relax because of this ‘third job’ with HD!” I wrote later in my blog notes.

For this year’s gala I came up with the idea to include the international spokesman for the HD cause, Charles Sabine, the Emmy Award-winning former correspondent for NBC television. Charles is HD-positive. I helped organize his part in the October 22 program and also his stimulating visit to our local support group on October 25.

While eating dinner a few nights before the gala, Charles and I exchanged strategies for avoiding symptoms. We’re both 50, so I felt an especially tight bond with him. We talked about supplements, exercise, diet, alcohol consumption, the effects of jet lag on the brain (Charles is English and passed through seven times zones to reach California), and other factors.

Charles tested positive for HD in 2005, and so far he doesn’t show any of the classic symptoms of HD. Over the past several years he has traveled widely to help raise the profile of HD, giving interviews, meeting with HD patients and their families, and speaking at research conferences and other events.

We heartily agreed that ample sleep is probably one of the best strategies for reducing stress and resting the brain. We both try to get a full night’s rest. And we try to nap daily. (By coincidence, I heard a radio report this morning stating that people who get nine hours of sleep per day have better brain performance than those who sleep fewer hours.)

“The blessed nap,” I wrote in my blog notes. “Two 50-year-old at-risk men discussing their naps. Would sound hilarious if it weren’t so dead serious.”

Speaking to the audience about the distressing experience of living HD-positive, Charles helped set the tone for the evening. One of Charles’ biggest worries is that he won’t be able to share life with his two-year-old daughter Breezy, another “miracle baby” who is negative for HD.

We also received news of great hope: the day before the gala, the California state stem-cell research agency awarded a grant of $3.8 million to Dr. Leslie Thompson of the University of California, Irvine, to investigate potential stem-cell treatments for HD. Along with HD advocates from around the state, HDSA-San Diego spearheaded the effort to make curing HD a priority of the stem-cell agency.

Later in the program I visited the table purchased by Vertex Pharmaceuticals, whose San Diego office has begun seeking possible treatments for HD. Vertex’s commitment to the gala coincided with a presentation about my family’s struggle with HD that I made at the company on September 24.

I thanked Paul Negulescu, the Vertex vice president for research and the head of the San Diego facility, and Beth Hoffman, the vice president of biology, for their commitment to HD, and I greeted all of the eight scientists seated with them. They were the largest delegation of HD scientists in the history of the event.

In addition to Vertex, dozens of other sponsors supported the event, including title sponsor Qualcomm and the presenting sponsor, the Viejas Band of Kumeyaay Indians. 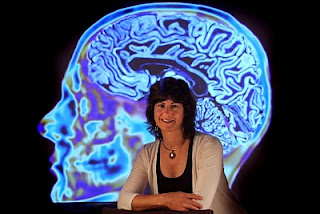 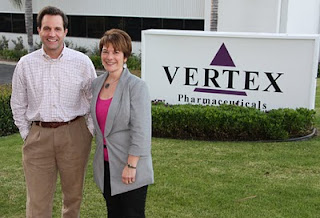 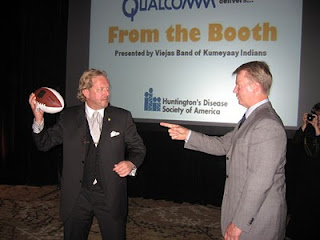 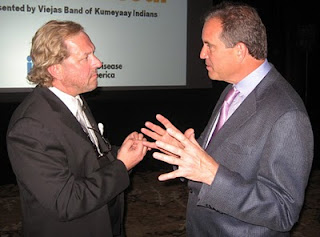 Jim closed the evening with a moving recollection of his own family’s coping with his father’s struggle with Alzheimer’s disease. He reminded the audience that their support of the HD movement was their most important reason for being in the room.

Resigning from the board

As I left the dining room at the end of the evening, I knew I had done my small part to help make it a success. The final tally isn’t in yet, but once again the chapter brought in tens of thousands of dollars for the HD cause and, just as important, increased awareness about the disease.

With a deep sense of accomplishment – but also with the wisdom afforded me by Dr. Nance and that former chapter board member – I decided to resign from the board.

“I’ve put in 12 and a half years working on practically every aspect of our chapter,” I wrote the board. “Lately I have been overwhelmed with HD commitments and need to scale back. As a person who is gene-positive for HD and luckily escaped symptoms so far, I must now concentrate on maintaining my health and spending more time with my family.”

I pledged to continue as a volunteer, concentrating on this blog, articles on HD-affected individuals and families, and reports “about research developments in order to help create hope.”

Instead of board meetings, I will once again attend the support group, “my roots in HDSA.” As I’ve written before, HDSA needs to rediscover its initial mission of care. Also, I personally need to care for my own health and family while I can.

I also committed to promoting the chapter “through contacts with local pharmaceutical companies, public talks, assistance to scientists, and my collaboration with CHDI,” the multi-million-dollar “cure Huntington’s disease initiative.”

I’m not abandoning the movement. Far from it.

But I’m going to focus my energies more efficiently, and more towards my family.

And, like that other former board member, on living the life that I have left without symptoms. To live, if at least for just brief moments, as if HD doesn’t exist!

“It’s nice to feel ‘normal’ once in a while!” I wrote in my blog notes a couple days after resigning. “I haven’t felt ‘normal’ for a long time – fears and militancy constantly put me on edge. Need to get off this edge from time to time.”

It’s also important for me to take stock of the progress our movement has made – evident in Dr. Thompson’s grant and the many potential treatments being identified by researchers. When my mother was first diagnosed with HD in 1995 (she died in 2006 at age 68), there were no targets!

Today there are more than 700 potential targets! Vertex and other companies and research projects may soon have drugs that reach those targets. (I’ll be blogging soon on Vertex and other research developments.)

That sense of progress gives me hope and confidence that a treatment, and perhaps even a cure, will be found in my lifetime.

“We’re not alone,” I wrote in my blog notes. “The scientific community is out there fighting.”

Of course, nobody can guarantee a treatment or cure. But at least now I can feel optimistic.

Yes, we in the HD community deserve a break, even if only occasionally. And we also need and deserve to fully experience attitudes like optimism. As short as our time may be, we all need to live – and enjoy – the life we have left.
Posted by Gene Veritas at 9:32 AM 5 comments: