Smelling the flowers at Thanksgiving

Thanksgiving is a time to slow down and reflect on all the good in our lives.

As I wonder about when I will follow in my deceased mother’s footsteps and develop Huntington’s disease, one thing I am most grateful for is the opportunity to spend time with my nine-year-old daughter.

She is our “miracle baby”; she tested negative for HD while still in the womb.

One of the keys to life – and especially to living with a gene-positive status for a devastating brain disease – is seizing the moment. Each moment is unique and will not return.

We must smell the roses – but also appreciate many other kinds of lovely scents and scenes nature and our lives have to offer. 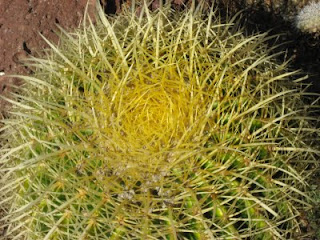 One recent afternoon I decided to surprise my daughter by taking her to the San Diego Botanic Garden. The pictures you see here are hers.

My daughter loves seeds and plants. Shortly after she started to walk, at around ten months, I started to take her to a local park. There she discovered all kinds of plant parts to collect. I was her assistant. She learned to make “soup” with these interesting ingredients. Often we had to bring everything home for her to keep.

Two years ago I helped her with her first science fair project. She planted seeds and measured and graphed the growth rate of several species. This past year she studied pollution flowing into the Tijuana Estuary and the Pacific Ocean. 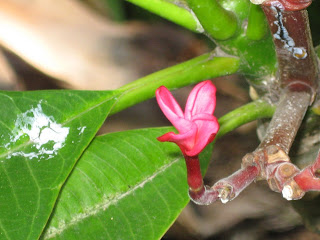 I sometimes tell her she’s going to be a botanist.

For many years, my wife and I didn't talk about our daughter’s genetic test. After worrying so much about HD’s impact in so many aspects of our lives, we wanted to enjoy her without the disease’s ugly possibilities marring the one area of our life that was normal. 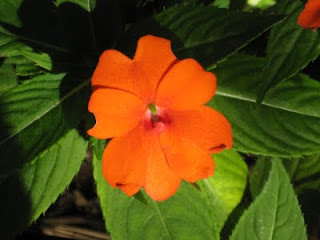 Lately, though, as she has matured, the consequences of our decision to have her tested have become powerfully present. She is free from HD.

A couple days ago my wife recalled how, before the genetic test, she had often felt the baby’s kicks and wondered whether we would continue with the pregnancy. Had she tested positive, we would have contemplated an abortion, which we oppose on moral grounds but recognize as necessary in some cases. 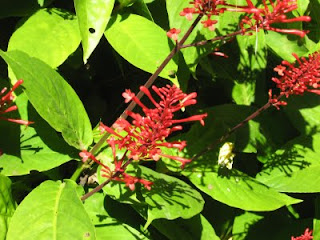 Now, as she flowers like the beautiful plants that she loves to photograph, our daughter will soon start learning about her father’s gene-positive status.

Perhaps her budding interest in nature will help her comprehend and accept my own biological reality.

But that story is for another day. For now, I want to enjoy her photographs and her own beautiful life. 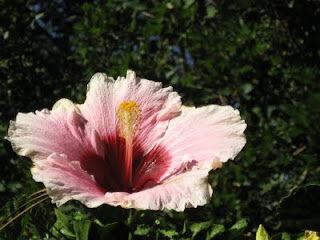 No time for fear

Knowing that I will almost certainly develop a devastating brain disease, how do I deal with fear?

A good friend posed that question to me on the afternoon of Halloween. He called just as I was settling down into my comfortable recliner to relax a bit and watch some television before my daughter, accompanied by my wife, went out trick-or-treating and I prepared to man the front door.

I can’t remember anyone ever asking me that question so bluntly in the ten years since I tested positive for Huntington’s disease.

The question took on special urgency, because my friend, who had nearly died of lymphoma in the 1990s, would find out in a couple of days whether his recurring symptoms, including intense headaches, signaled a return of his cancer. His anxiety had become unbearable, and he needed help.

For an hour and a half I described some of the strategies I had employed over the years to confront my many worries about Huntington’s: working with a psychotherapist, taking various drugs for anxiety and depression, and reading the book Don’t Sweat the Small Stuff … and it’s all small stuff as well as some writings by the Vietnamese Buddhist Thich Nhat Hanh. I also try to exercise, live in the moment, and to connect with my spiritual dimension, for example, by attending Mass.

I spent most of the time explaining the positive and negative reactions I had to different medicines and how it had taken me years, with the help of my therapist and several psychiatrists, to find a combination that kept me emotionally stable.

I also emphasized the importance of building a trusting, long-term relationship with a therapist – a person I can call upon to discuss difficult feelings and help me maintain stability. I like to refer to my therapist as my “mind coach.”

Personal trainer for the mind

“Doesn’t LaDainian Tomlinson have a personal trainer?” I asked my friend, a big football fan, in referring to the star running back of our local team, the San Diego Chargers.

“My therapist is like a personal trainer,” I continued. “She’s my mind coach. She helps me keep my mind working at its best to meet the challenges of living at risk for HD, just as a personal trainer or coach helps a professional athlete keep his body in top shape.”

When I hung up, however, I felt distraught. I was deeply worried that my friend’s cancer had returned and that he might die.

And I was faced once again with my gene-positive status for Huntington’s. I found it especially troubling to recall the last weeks of my mother’s life, when, seeing her completely debilitated by HD, I felt as if I were looking into a genetic mirror – my own future as a Huntington’s patient unable to walk, talk, or even swallow. After she died in February 2006, it took me months of mourning and a new combination of drugs to stop the panic attacks I was suffering, bowing down low, over and over, mimicking my mother’s symptoms (click here to read more).

I immediately took down some notes, thinking that I would blog in the next day or two on the subject of dealing with fear.

But the memories of my own deepest fears emotionally paralyzed me, and I decided to wait.

No “magic bullet” for fear

It also struck me that I hadn’t really answered my friend’s question. I had described to him my coping mechanisms, but I hadn’t even scratched the surface of my feelings about HD.

My friend has read much of this blog over the years, so he had a general idea of my struggles in living at risk. But even in writing more than 50 posts over nearly five years, I still hadn’t fully described for my readers – or for myself – how I was confronting my gene-positive status.

The more I thought about it, the more I concluded that I had no single, simple answer for “dealing with fear.”

Some excerpts from my notes reveal the jumble of thoughts that came to mind and the lack of a “magic bullet” for overcoming fear:

Wife. Distractions…. Finding right pills…. Deep breathing. Letting water run on my head in shower. Spirituality, attending church, thinking about the larger questions of humanity. Feeling part of the HD movement. Sharing with others. The blog…. Exercise, swimming, walks. Work as a distraction. Denial…. Hope for treatments, research. Pretending I’m immortal. Remembering how at age five I decided I would never die. Pretending that it’s all a bad dream. Pretending that I’m a child again. Focusing on [my daughter] and her development. Many times I tell myself that I will beat the disease.

Every reminder of HD – and they come at least once each day – leads me to select one or more of these strategies.

Making sense of the struggle

Next month will mark 14 years since I learned that my mother had HD. In retrospect, I have fought hard to stay healthy, stable, upbeat, and, as an activist for the local chapter of the Huntington’s Disease Society of America (HDSA), engaged in the campaign for treatments and a cure.

My friend’s question about “dealing with fear” forced me to analyze once again my quest for survival. Fortunately, his cancer test results came back negative. But his own deep fears, and a bit of my advice, have prompted him to take greater care of his emotional health as he continues to live at risk for lymphoma.

In my case, I now see more clearly that I have conscientiously strived to devise my own unique strategies for confronting fear and to construct a network of human support via my family, friends, and HDSA.

So how have I dealt with fear? As I live at risk for Huntington’s disease, fear shadows me constantly. But I know the fear of HD well – so well, in fact, that dealing with it is now part of the routine of life. I try as much as possible to keep it in perspective and not allow it to stop me from focusing on my family and my activism.

I have constructively confronted fear. And this is a daily task.

It struck me that, as Jackson Browne put it in his song “The Pretender,” in the evening I lay my body down, “and when the morning light comes streaming in, I’ll get up and do it again. Amen.”

These past few days I have perceived yet another facet of living at risk for Huntington’s disease.

“I have no time for fear,” I concluded. Acknowledge it and move on.
Posted by Gene Veritas at 6:03 PM 3 comments: