The roots of our stigma

Huntington’s disease carries a huge stigma. Many families with HD cover it up, and many face discrimination. Surrounded by fear and ignorance, in many ways Huntington’s is stuck in the Dark Ages.

Why is this so?

Most people have not heard of Huntington’s or have only a very vague idea about it. It’s a devastating disease that people, once they see it, would rather not think about because it makes them confront an ugly version of mortality. HD destroys people’s humanity, frequently reducing patients to shaking, emaciated, wheelchair-ridden bodies unable to communicate with others. It’s like looking at death in slow motion.

Indeed, in remembering loved ones lost to HD, family members often refer not to the date of death, but the time of the onset of HD symptoms. I know that I lost my own mother, who died of HD in 2006, many years before that.

But the stigma derives not just from HD’s destructiveness. Different people in different times and places have reacted to the disease according to their circumstances and the beliefs of their communities about disability, science, and human nature. The stigma becomes hard to wipe away because it is part of the way people have learned to think and feel about HD, as taught by their families, doctors, schools, and government.

For the first time, a new book explores the roots of HD’s stigma. Written by historian Alice Wexler, it is titled The Woman Who Walked into the Sea: Huntington’s and the Making of a Genetic Disease (Yale University Press). 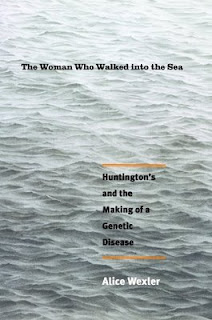 Many will recall Alice as the author of Mapping Fate: A Memoir of Family, Risk, and Genetic Research (1995), in which she chronicled her mother’s demise because of HD and her dynamic family’s quest for a cure. Starting in the late 1960s her father, the late Milton Wexler, became a national champion of HD research, and her sister Nancy Wexler, a top scientist, helped pioneer the Genome Project and the discovery of the HD gene in 1993.

In The Woman Who Walked into the Sea, Alice explores how Americans over the past two centuries dealt with and interpreted HD. Although people in the early 1800s did not know what caused St. Vitus’s dance – as HD was then known – they understood that it ran in families. Some people with HD faced prejudice, but others were tolerated in their communities. Contrary to popular images of the disease, a number of HD-affected individuals achieved local prominence and great respect, as Alice explains.

However, today’s HD-affected families also will be all too familiar with the portraits and struggles depicted. For example, on a summer night in 1806, Phebe Hedges, a 40-year-old woman from East Hampton, New York, walked into the sea in an act of suicide. Remembering doctors’ failure to understand my mother’s condition, I found it painful to read about past families’ experiences with clinicians who were unfamiliar with HD’s symptoms or who refused care and instead urged affected families to avoid marriage and having children.

Instead of following the standard line about heroic researchers, Alice spends much of the book focusing on the challenges faced by the families.

Thus the American physician Dr. George Huntington (1850-1916) appears in the book as a very ambiguous figure. On the one hand, he was the first scientific observer to note that HD involved what would eventually be called “dominant inheritance” – in other words, that a child of an affected parent had a 50-50 chance of inheriting the genetic defect and that the disease disappeared in the branch of a family where a particular parent did not have it. As a result, after the publication of Dr. Huntington’s findings in 1872, St. Vitus’s dance quickly became known as Huntington’s chorea – “chorea,” of course, meaning the shaking produced by the disease. (“Chorea” later gave way to the word “disease” when it became clear that HD also involved cognitive and other problems.)

On the other hand, Dr. Huntington used the concept of “insanity” to describe the depression and difficulties in judgment resulting from HD. That emphasis, Alice asserts, “introduced a term with powerful negative associations” and “may have heightened social fears surrounding the disease.” Scientists classified Huntington’s as a “degenerative disease,” reflecting not only its neurological reality but beliefs in social Darwinism, survival of the fittest, and the concept of a superior race.

Despite the importance of his discovery, Dr. Huntington showed no interest in carrying out further research. The Woman Who Walked into the Sea teaches us that, in the late 1800s and early 1900s, many other scientists were involved in discussions about HD, both positive and negative. Understanding the disease was a collective, international effort.

As the field of medicine modernized in the late 1800s and created the new specialty of neurology, Huntington’s was transformed from a “medical curiosity” into an “interesting” disease, Alice observes. Because of HD’s genetic cause and consistent symptoms, many neurologists came to see it as the “neurological disorder par excellence.” Research on HD broke new ground in the history of medicine. It helped to disprove the widely held belief that acquired – not genetic – influences could be passed on to the next generation. Understanding that a disease could have a specific genetic cause invalidated the belief that a person’s “weakness” or generalized tendency to illness could degenerate into any number of diseases.

However, scientific progress, combined with an exaggerated emphasis on survival of the fittest, fostered extreme measures against people with disabilities. Long before Nazi Germany, the United States embraced eugenics, the idea that society should improve its genetic stock by preventing the unfit from having children. In 1907, Indiana passed the first legislation legalizing sterilization of inmates in public institutions. Over the next three decades, our country produced the harshest eugenics laws in the world outside those implemented by the Nazis.

Families with HD bore the brunt of eugenics. Alice describes the work of Dr. Elizabeth Muncey, a federal Eugenics Record Office researcher who compiled information on more than 4,000 people, past and present, who were linked to Huntington’s.

“Muncey was doing science, but also surveillance,” Alice writes. “She was scrutinizing certain families, diagnosing and labeling them, and in this manner, setting them apart from their neighbors. In this environment, her questioning, not only of the affected families but of their neighbors, ministers, and physicians, as well as town officials, inevitably put the families on display in a way that they had never experienced before.” 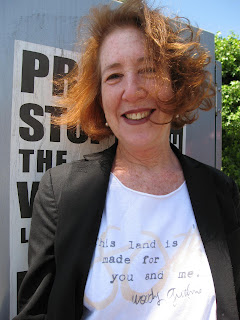 Charles Davenport, a scientist who worked with Muncey and analyzed her data, concluded that “it would be a work of far-seeing philanthropy to sterilize all those in which chronic chorea has already developed.” It was the government’s job “to investigate every case of Huntington’s chorea that appears and to concern itself with all of the progeny of such.” A government that failed to prevent the spread of Huntington’s was “impotent, stupid” and invited “disaster.” And immigrants with Huntington’s should not be allowed into the country. Davenport called for developing a predictive test for Huntington’s for eugenic purposes.

In the 1930s the Nazis may have forcibly sterilized as many as 3,500 people affected by HD. Tens of thousands of Americans were also involuntarily sterilized between the 1920s and 1960s, some of them perhaps affected by Huntington’s.

A long life for historical fictions

Alice illustrates how the scientific theories of the early 1900s, although eventually rejected, endured in our culture as beliefs held by everyday people. This deepened the stigma of HD. For decades, doctors continued to recommend against marriage for families affected by HD. Sadly, rather than researching ways to alleviate the disease, the scientific and medical communities advocated control of the families.

Fear about Huntington’s reached a crescendo in the 1930s and 1940s. New theories emerged, claiming that the original sufferers of the disease had been accused of witchcraft and had even played a part in the famous Salem witch trials of 1692. Both respected scientific journals and the popular magazine Literary Digest published articles on the alleged witchcraft connection; the Digest referred to HD as “the witchcraft disease.”

Not until 1969 did others debunk these “historical fictions,” as Alice calls them, adding that one perpetrator still clung to them as recently as the 1980s. Alice states unequivocally: “I have found no credible examples of an individual accused of witchcraft who behaved in ways evocative of this disease.” Even some people in the HD community still subscribe to the witchcraft theory as a way of highlighting the status of affected individuals as victims of oppression.

Time for indignation and action

The long history of prejudice and misunderstanding about HD reconstructed in The Woman Who Walked into the Sea will make you indignant, no matter what your relationship to HD. Alice’s book provides important information for scientists, activists, and families involved in the search for treatments and better care for people with neurological diseases. She shows us that disease is not just a question of science and medicine, but also of history and the cultural codes that we all live by.

As a gene-positive individual and activist, I will use The Woman Who Walked into the Sea to explain to our community and to others why the disease has so long been stigmatized and shrouded in mystery.

It also will help combat the stigma today. As Alice so expertly illustrates, substituting “fact” for “superstition” does not always lessen stigma and prejudice: at first, modern science actually increased prejudice via the practice of eugenics.

Recently I read a reader’s comment on a newspaper website asserting that it was wrong for a couple facing HD to have children. It angered and saddened me. Today we have genetic testing for HD, but, thankfully, the decision to go through with it lies solely with the at-risk individual. The information is confidential. We also have pre-implantation genetic diagnosis (PGD), which permits a couple to select a non-HD-carrying embryo for in vitro fertilization.

My wife and I tested our own daughter, conceived before PGD was available, while still in the womb. She is negative for HD. We wanted a child, even though we knew that my own gene-positive status meant I could soon become disabled. The history of HD as recounted in The Woman Who Walked into the Sea warns us of the need of HD families to assert their rights to have children and to guard against discrimination.

We know that we can shape a better future for ourselves by advocating for better understanding of HD and, as Alice urges, demanding that the medical and scientific communities use new biomedical knowledge to benefit families. This means getting involved in advocacy and politics. Many people may find this distasteful or difficult, but unless we do so, we run the risk of facing new versions of the HD stigma.