Bidding farewell to CoQ10: a long-studied supplement proves ineffective in the fight against Huntington’s disease

One of the first and most-studied potential treatments for alleviating the symptoms of  Huntington’s disease has proved ineffective, leading researchers to halt a clinical trial of the substance.

Along with many others in the HD community, I have taken the readily available supplement coenzyme Q10 (CoQ10). As I wrote in a February article about the debate over unproven supplements, the lack of a treatment to slow HD’s devastation of the brain led me to take several of these substances in the hopes of staving off onset (click here to read more).

As reported August 13 by the HD science portal HDBuzz.net, the National Institute of Neurological Disorders and Stroke (NINDS) and the Huntington’s Study Group (HSG) stopped the CoQ10 clinical trial this week because of lack of significant results.

“It seems clear now that coenzyme Q10 does not work for HD,” the HDBuzz article stated. “Looking back, the body of evidence used to decide to test CoQ10 in human patients was fairly limited. In fact, recent efforts to repeat the observation that CoQ10 makes HD mice better have failed.”

According to HDBuzz, the trial known as 2Care, was the “largest ever therapeutic trial for Huntington’s disease.” It had enrolled 609 participants with early HD symptoms from 48 sites throughout North America and Australia. Half received a placebo, while the other half took 2,400 mg of CoQ per day – four times the amount that I have taken. 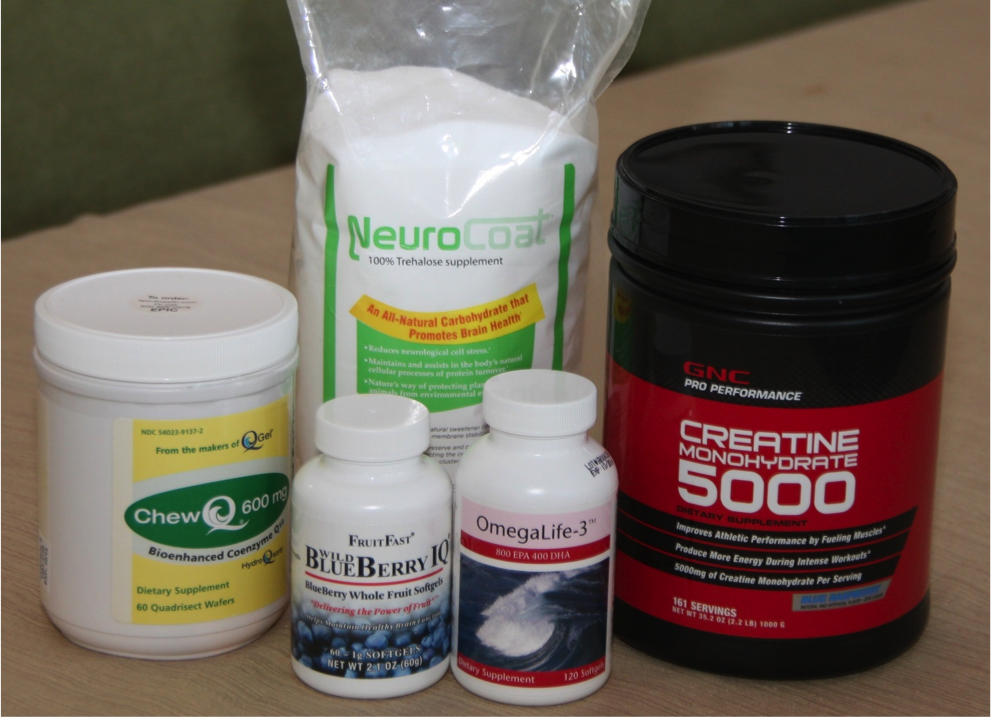 My supplements, including coenzyme Q10 at far left (photo by Gene Veritas)

A natural substance, CoQ10 is found in all of our cells and helps to turn food into chemical energy. Starting in the mid-1990s, scientists hypothesized that CoQ10 might help alleviate the serious energy deficits found in the brains of HD patients.

In another recent clinical trial, CoQ10 was also shown to have no benefit in stopping early Parkinson’s disease symptoms.

After consulting with several HD specialists, I have decided to stop taking CoQ10. Given the demonstrated lack of efficacy against HD, I see no reason to continue.

Also, although inexpensive over-the-counter varieties of CoQ10 exist, I have taken a medical-grade form that has cost me $1,000 per year. (Health plans do not cover supplements.) I can use that money to relieve strain on the family budget and/or spend it on services such as psychotherapy that help me cope with my situation as an HD gene carrier.

For now, I will continue to take other supplements as detailed in my February article: trehalose, creatine, omega-3 oil, and blueberry extract. However, I also plan to carefully rethink this strategy in consultation with my neurologist and HD specialists. (For a 2012 overview of key supplements and HD by Dr. LaVonne Goodman, please click here.)

A process of elimination

“While the results of this study are disappointing to all of us – particularly the people with HD who faithfully took the drug …  every day for as long as five years, and subjected themselves to blood draws and neurologic exams and questionnaires and surveys as part of their participation in the study – they are nonetheless very important,” Martha Nance, M.D., the director of the Huntington’s Disease Society of America (HDSA) Center of Excellence at Hennepin County Medical Center in Minneapolis wrote in an e-mail response to my request for comment. “Knowing that coenzyme Q10 DOESN’T work will spare the HD families of today and tomorrow the expense of the supplement, and the false hope that it created.” 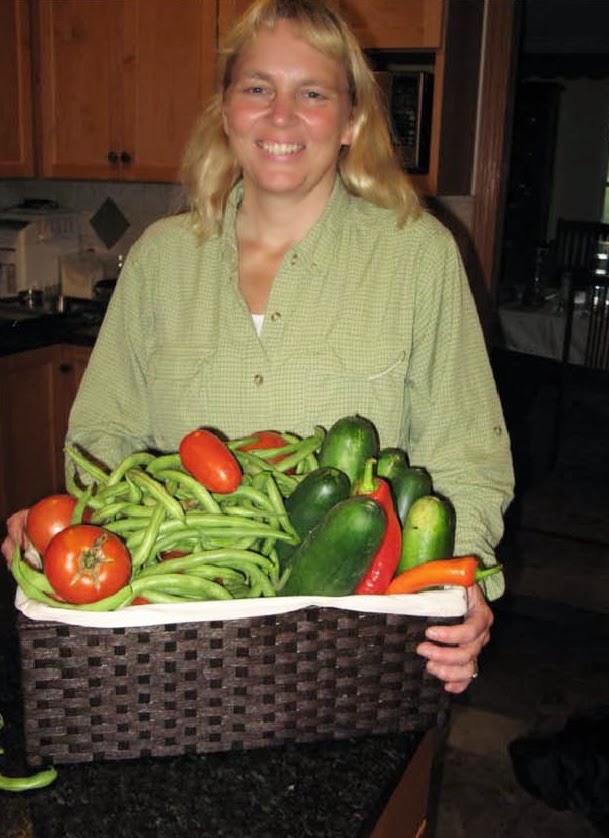 “Nobody said that finding a cure for HD would be easy, but I think that HD patients and families should be enormously proud of their efforts in this study – a commitment that can only help us with the future trials and challenges ahead,” Jody Corey-Bloom, M.D., Ph.D., the director of the HDSA Center of Excellence at the University of California, San Diego, wrote in an e-mail.

The process of elimination in scientific and clinical research is a slow, meticulous, but necessary part of the quest for treatments. Only one in ten clinical trials results in an effective drug. Understanding what doesn’t work expands scientists’ knowledge of the disease.

“We can now divert the resources that were going to be used for the 2CARE study to other studies with a better chance of working,” the HDBuzz article pointed out. “In fact, it’s likely that the next year or two will see the launch of several trials targeting specific mechanisms underlying HD, rather than ‘generally beneficial’ compounds like CoQ10.”

Added Dr. Nance: “We are actively pursuing many other avenues in HD research, and hope that many people will share the wonderful attitude of my patient (I will call her Susan), who said: ‘So, Dr. Nance, I'm sorry that this one is over, but now can I enroll in another HD research study?!’”

Closing out a complex relationship

For me, the end of the 2Care trial closes out nearly two decades of a complex relationship with CoQ10.

I first started taking an over-the-counter variety in early 1996, just weeks after learning of my mother’s diagnosis for HD. With a 50-50 chance of inheriting the gene for a devastating, incurable brain disorder that was inexorably destroying my mother’s personality and ability to think and walk, I grasped for whatever might provide the slimmest of hope.

In the mid-2000s, I started taking a higher grade of CoQ10 along with other above-mentioned supplements in a study under the Huntington’s Disease Drug Works program, which at the time emphasized a “treatment now” approach for a community desperate for solutions. After the study ended, I continued to take the substances and paid for them out of pocket.

CoQ became part of my daily ritual. I broke up the 600 mg chalky, yellow, sweetened CoQ10 tablet into four parts, which I took methodically at breakfast, lunch, and before and after dinner.

Although I knew there was no evidence about CoQ10’s efficacy, I believe it may have had a placebo effect. At 54, I have passed my mother’s age of onset. Now whatever placebo effect might have existed will disappear. In my particular use of CoQ10 and the other supplements, however, an actual placebo effect is scientifically unproven. In addition, scientists are getting closer to understanding the factors (such as a modifier gene) that trigger HD onset.

Throughout my journey with CoQ10, I always viewed it as peripheral at best. I believed that the best hopes lay with the potential remedies such as gene silencing aimed at the root causes of the disease.

Knowing the complexity of HD, I knew that a dietary supplement such as CoQ10 provided no more than a sliver of hope.

As I bid farewell to CoQ10 and the idea that it could delay onset, I’m once again forced to rethink how to survive in the gray zone between my genetic test result and the inevitable onset of an incurable disease. With science as a guide, I'm adjusting what is essentially an attempt at self-treatment.
Posted by Gene Veritas at 7:02 AM

I am not HD positive. I have taken co-q10 in relatively small does for 30 years. While it may not help HD symptoms, I am informed by my Dr. That it has other benefits. I buy it on line and it is much less expensive than medical dose. I suggest taking around 100 -200 mg daily.