Huntington’s disease patients in England have received the first dosing of an Isis Pharmaceuticals drug, ISIS-HTTRx, aimed at stopping the disease at its genetic roots.

The patients displayed no immediate complications. This so far confirms expectations that the gene-silencing drug would be safe to use, although clinical trial administrators will continue to make critical observations in the coming months. Other dosings will occur. The drug’s efficacy will not be analyzed until later stages of the trial.

An announcement came October 19 that a small number of Phase I clinical trial participants at University College London (UCL), the lead site for study, had received injections via spinal cord of the Isis compound, according to a UCL news release.

“It's the beginning of quite an important journey in Huntington's disease,” Sarah Tabrizi, Ph.D., the director of UCL’s Huntington's Disease Centre and the global chief clinical investigator for the trial, told the BBC. “It is clearly very early but this is a step forward.

“The preclinical work shows that if you lower production of the mutant protein then animals recover a large amount of motor function. Huntington's is a really terrible disease that blights families. I know a mother whose husband and three children were affected. This would have a massive impact [if it works].” 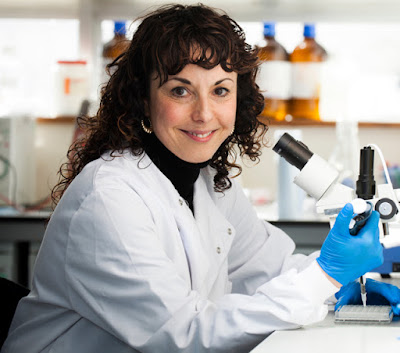 Slowing or preventing the disease

The news comes just three months after Isis announced the official start of the trial, the first time HD patients are receiving a substance aimed to attack the genetic causes of the disease. Isis has partnered with the Swiss-based pharmaceutical giant Roche to facilitate the clinical trial and, if it’s successful, the marketing of the drug.

Isis officials were unavailable for comment on October 19 but the main scientist spearheading the development of ISIS-HTTRx, which signifies a medication for HD, commented in the UCL release.

“We designed ISIS-HTTRx to target the huntingtin gene and reduce the production of huntingtin protein, which is the known cause of the disease,” stated Frank Bennett, Ph.D., the Isis senior vice president for research. “This approach has the potential to prevent or slow the progression of this disease. If this first-in-human trial proves the drug is safe, we look forward to continuing our successful partnership with Roche to bring the drug to market.”

Dr. Bennett has previously described the drug, scientifically known as an antisense oligonucleotide (oligo), as a “laser-guided missile” targeting a “specific messenger RNA that causes a particular disease and kill it or take it out of the body so that you don’t produce that messenger RNA.”

Isis announced the details of the trial in August 2014 (click here to read more). 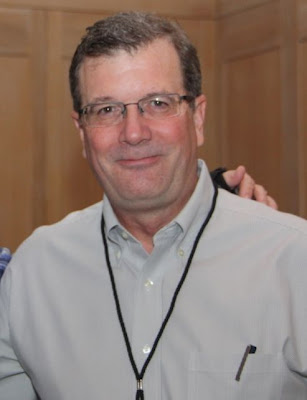 The Phase I trial involves patients at UCL and also at various sites in Canada and Germany. Across all sites, a total of about 36 patients will take part. Phase I trials focus primarily on the safety and tolerability of a drug. The study will also help determine the frequency and size of dosages for eventual Phase II and Phase III trials, which measure efficacy.

All of the volunteers have early stage HD. Because of the use of spinal taps to administer the drug and the highly experimental nature of the oligos, no non-HD-affected individuals are taking part as controls.

No announcements have yet been made about dosing of patients in Canada and Germany.

According to the UCL release, the ISIS-HTTRx is taking place in the new Leonard Wolfson Experimental Neurology Centre, a custom-built facility designed to accelerate innovative treatments for neurodegenerative diseases.

“The administration of the first doses of ISIS-HTTRx marks the Centre's first use as a phase 1 'first into human' trial facility, as well as the first time that an experimental drug has been given by spinal injection in the 156-year history of the National Hospital for Neurology and Neurosurgery, part of University College London Hospitals (UCLH) NHS Foundation Trust,” the release stated.

“The first volunteers have been treated without any immediate complications,” the scientist-written HD research site HDBuzz observed. “The next year or so will be a period of intense study of these trial volunteers to make sure that they don’t have unexpected complications from the treatment. They’ll also be examined for a range of measures of whether or not the drug is working, which will provide critical information for planning future HD gene silencing studies.”

Depending on the pace of recruitment, Phase I most likely will end in 2017. If Phase I is successful, Phase II could follow no sooner than nine months later. All three phases of a clinical trial program typically take at least five years.

Historically, only ten percent of clinical trials ever result in a marketable drug.

Regardless, the HD community has crossed a significant threshold. Science has yet to produce an effective treatment for HD, as well as for Alzheimer’s, Parkinson’s, and other neurological disorders. HD could be the first.

As a carrier of the deadly HD gene who lost his mother to the disease in 2006 and has tracked the Isis project since 2007, I am thrilled that our fellow HD community members have successfully made the first step in this historic clinical trial. They deserve our enthusiastic applause for volunteering.

(Disclosure: I hold a symbolic amount of Isis shares.)
Posted by Gene Veritas at 9:15 PM

If the drug targets messenger RNA, that is not the genetic roots. That would be DNA. The expanded repeat Htt in the DNA is still there, and extra long mRNAs will still be transcribed in the absence of the drug. As I posted on Facebook, the fact that there is a trial is indeed great news. But partial information can raise expectations.

The cystic fibrosis drug Kalydeco, enormously successful, is also described as halting that disease at its roots. Kalydeco affects the protein conformation.

DNA encodes RNA, which encodes protein. Targeting anything other than DNA is NOT targeting the roots of a disease. Semantics maybe, but mechanisms are quite different, as are long term effects. Gene therapy and perhaps someday gene correction/editing using CRISPR/cas-9 would be attacking a disease at its roots.

I wish I could hug and personally thank all 36 of the volunteers for this early phase of the clinical trial. I hope, hope, hope that they will all be safe and that the intervention will prove to be effective.
Beverly Peterson

That is encouraging news, Gene. Thanks for sharing. Keeping the faith and praying for the 10% miracle (on an effective drug coming out of phase I, II, and III). Let's do this!!!