The incredible lightness – and responsibility – of exiting the Huntington’s closet

A month after definitively exiting the Huntington’s closet by publishing my story in the mainstream media, I feel an immense relief.

As one good friend predicted, I now feel lighter.

After learning of my mother’s diagnosis for HD on the day after Christmas 1995, I built a near-perfect firewall between my advocacy for the Huntington’s Disease Society of America (HDSA) and my career.

Nothing symbolized that firewall more than my e-mail management. On thousands of occasions I zealously guarded the firewall by sending messages from five different accounts and often triple-checking the sending address and especially the addressee.

Now I no longer worry! I relish communicating about Huntington’s disease on my main e-mail.

Speaking or writing openly about HD is an utterly new and liberating experience.

“I feel now that I can be more fully ‘me,’” I wrote to one work colleague, who first learned of my story with the publication of my article in The Chronicle of Higher Education on November 4.

I also feel closer to everybody – from my wife and daughter to all of the people at work I had kept in the dark about my risk for HD and my work as Gene Veritas. 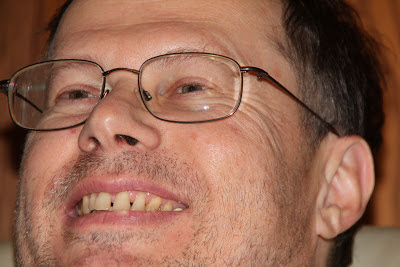 The feeling of lightness grows when I think of the immense emotion and support my story stirred among friends and professional colleagues.

“Only now do I believe the social and political climate in America have evolved to the point where I can reveal my journey living with the gene for Huntington’s disease,” I wrote in an e-mail notifying my work colleagues about the article. “Please know that what will most certainly come as a shock to you is something that I have come to terms with over the past 17 years. I am also happy to report that I received a clean bill of neurological health at my most recent checkup on October 30.”

Most were stunned to learn that I had tested positive for HD and, together with my wife Regina, faced the travails of leading a double life, testing our daughter Bianca for HD in the womb, and witnessing my mother’s demise.

The very first comment, and perhaps the most significant, came from the person whose reaction I worried about the most, my dean (and, essentially, boss) at the University of San Diego, Dr. Mary Boyd.

I was immensely relieved and deeply moved to read her e-mail: “Thank you for your courage in sharing your story. You are a true inspiration and I am so proud that you are my colleague.”

“Thanks for your kind words of support,” I responded. “It means the world to me that you are in my corner.”

Dr. Boyd, who sent news of my article to her Twitter followers, later asked if I would grant an interview for a feature article on the university website. On November 20, I gave the interview and did a photo shoot with Regina and Bianca. The article and a video will appear soon.

Several colleagues were, not surprisingly, a bit hurt that I hadn’t confided in them sooner. Still, they understood when I explained that I couldn’t risk harming my career and by extension my family.

A number of colleagues had never heard of HD or had little knowledge of it. One actually knows a local family facing the disease and promised to put them in touch with me. Along with her husband, another responded immediately by donating to HDSA.

Others recalled their own families’ struggles with neurological disorders. One colleague at risk for Parkinson’s revealed how her father had died of a combination of Parkinson’s and Lewy body disease.

Another, whose sister had just died after a long bout with cancer, began reading this blog after seeing the Chronicle article. “It’s a little hard for me hearing so many voices of people in pain given my recent loss,” he wrote, “but at the same time, I have to tell you, it has been therapeutic in spite of the fact that we are looking at different conditions, … because the family dynamics of people who have to go through this are so similar.”

More than a dozen people left comments on The Chronicle website. “I am also at-risk for HD, and I'm also a budding humanities scholar (recipe for disaster, eh?),” wrote one person. “Your article was very moving, and I am so relieved that your good works will make it easier for the rest of us to live with HD more openly. The stigma can be just as debilitating as the disease.  I’m also sending you an email, and I would love to help with advocacy and awareness.”

Such comments, e-mails, and my colleagues’ gestures, including some very special hugs, provided me with incalculable strength to carry on the fight against Huntington’s.

“Yes, I am feeling much lightness, one the one hand, but, on the other, an even greater responsibility and determination in carrying this fight forward,” I wrote one friend and former San Diego colleague.

To another fellow professor, I expanded on the idea of responsibility: “We all must be leaders – in our families, our jobs, our churches, our communities. I am simply doing the job that we are all cut out to do in life.”

People sensed that I don’t dwell on the negatives of my predicament. Like all of us, they proceeded with their own challenges. Hardly missing a beat, I maintained my own routine at home and at work.

However, I also renewed my commitment to defeat HD.

On Friday, November 16, I helped out at HDSA-San Diego’s 12th annual Celebration of Hope Gala. Afterwards, I pulled an all-nighter to post an article about the gala and efforts by the honored company, Isis Pharmaceuticals, Inc., to set up a clinical trial of a potential drug for attacking HD at its genetic roots.

I arranged for a Portuguese translation of my Chronicle article to appear in one of Brazil’s most prestigious newspapers, the Folha de S. Paulo, later this month. (My academic specialty is Brazil, and I speak Portuguese.) In September 2013, Rio de Janeiro will host the World Congress on Huntington’s Disease, which I plan to attend. The Southern Alberta Chapter of the Huntington Society of Canada will also republish the article.

With the family holiday greetings cards I mailed last week, I included a slip of paper with the HDSA Snowflake of Hope and Help and a reminder to keep the organization in mind for year-end charitable giving.

I’m going to start wearing my blue HDSA “Care2Cure” bracelet, and I’m going to set up my e-mail program to include a tagline with information about HD and my advocacy in every message I send. 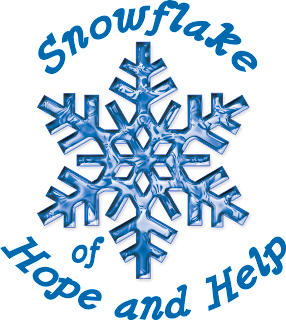 Each day I am reminded that people are suffering and dying from Huntington’s disease.

In exiting the Huntington’s closet, I want to combat the stigma and fear surrounding HD and galvanize increased support for brain research. This is my job as a public advocate.

However, I’ve also done something to and for my private self. By publicly sharing my gene-positive status, I am assuming it for myself fully for the first time.

All the years of anonymity allowed me to deny that I could get symptoms. As terrible and lonely as the HD closet was, I felt safe inside.

More than ever before, I am Gene Veritas, the truth in my undeniable genes, which include the debilitating and deadly mutation that causes Huntington’s disease. Gene Veritas is also Kenneth Serbin, professor, HD community advocate, husband, and father.

The responsibility is enormous: I must work, in concert with other advocates, to save myself and my family from the ravages of HD.
Posted by Gene Veritas at 11:12 AM