Junior Seau, Super Sunday, and our most important natural resource

As America prepares to celebrate the annual ritual of brutal competition known as the Super Bowl, the negative consequences of football on the brain have come under intense scrutiny.

On January 23, the family of Junior Seau – the famed 43-year-old former linebacker who committed suicide last May after 20 seasons of professional play – sued the National Football League (NFL) over the damage to Seau’s brain caused by concussions.

The family’s action came less than two weeks after the news that researchers at the National Institutes of Health (NIH), studying tissue from his donated brain, determined that he had suffered from chronic traumatic encephalopathy (CTE), a degenerative brain disease. 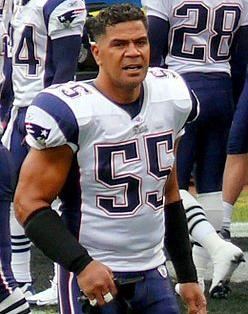 In recent years, studies of the brains of dozens of other deceased players, including two who killed themselves, have revealed CTE.

Since August 2011, some 190 brain-damage suits have been filed representing more than 4,000 former players alleging negligence by the NFL. A federal court has consolidated those suits. The Seau family has not decided whether it will enter the joint suit.

Like few others, those of us in the Huntington’s disease community comprehend the brain’s vulnerabilities.

In addition to many other problems, all of the symptoms seen in Seau occur with HD.

Suicide is also all too familiar to the HD community: it is the second leading cause of death in HD patients.

Over some 15 years, I watched HD rob my mother’s ability to walk, talk, think, and eat, reducing her to a mere shadow of herself as it killed her brain cells.

Since learning of my own risk for the disease in 1995, and especially after testing positive for the HD gene in 1999, I have strived to prevent the inevitable onset of symptoms by practicing good brain health (click here to read more) and learning how HD harms the brain (as reflected in numerous articles in this blog).

A more critical view of football

I’ve followed football on and off since my childhood in Ohio, where high school, college and professional football are hugely popular. When the San Diego Chargers – where Seau played 13 seasons – began supporting the HD cause in the late 1990s, I renewed my interest in the sport (click here to read about my enthusiasm).

However, as my knowledge of brain degeneration increased, I developed a more critical view of football’s violent nature. Nowadays I wince when I see a player hit hard on the head.

I don’t wish on anybody the ravages of HD – nor the degeneration of the brain that can occur from head injuries, whether from a bomb blast, a hockey punch, or a devastating tackle. President Obama recently said that, “if I had a son, I’d have to think long and hard before I let him play football.” I too am glad my daughter is not at risk to play a violent sport, although I do worry when she competes on the soccer field.

During remarks at the 2011 gala of the San Diego chapter of the Huntington’s Disease Society of America (HDSA-San Diego), NFL Commissioner Roger Goodell recognized the need to make football “safer.”

It may be impossible for public opinion to remove the fatal violence from a multi-billion-dollar industry that enthralls tens of millions of fans and resonates with our often bellicose culture. In the words of one observer, pro football is “America’s favorite blood sport.”

However, the player lawsuits could affect the owners’ profit margins, harm the league’s prestige, and force some measure of reform.

In response to the burgeoning concern about head injuries, the NFL last September donated $30 million to the NIH for research on the brain and other medical issues. In addition, as required by its collective bargaining agreement with the players’ association, the league has also announced an additional $100 million in planned spending on medical research.

In a commentary on the 2011 HDSA-San Diego gala, I expressed hope that the “NFL will make brain research a national priority at a time when HD, Alzheimer’s, and other brain disorders are beginning to strain our resources with a massive caregiving burden. Goodell, the NFL teams, and the league hold great sway in our society and have the power to mobilize people in a grand cause.”

Indeed, we need much more than $130 million and an NFL commissioner for this effort. We need a national campaign for the brain, including education about brain health and incentives for young people to become brain researchers.

As we cheer on the players on Super Sunday, let’s also remember the devastating impacts of business as usual – and to cheer for the protection of our most important natural resource: our brains.
Posted by Gene Veritas at 10:54 AM