Today I will travel to Brazil, my other home, to participate in the critical 2013 World Congress on Huntington’s Disease at the Sheraton Rio Hotel and Resort in Rio de Janeiro.

Approximately 430 scientists, physicians, advocates, and family members are expected to attend the congress, which runs from September 15-18.

The congress will feature presentations on the efforts towards treatments, basic research, clinical features of the disease, genetics and genetic testing, patient and family perspectives on the disease, and other HD-related themes. The event includes meetings of the International Huntington’s Association and other HD organizations.

Along with other international specialists and advocates, I will speak in a session on “Coping” on September 16. (The presentations will be in English, the official language of the congress.)

The congress will also help support the recently inaugurated Enroll-HD, an international study of HD patients, at-risk individuals, and their families. Enroll-HD aims to increase knowledge of the disease and the pool of participants for research studies and clinical trials, which are crucial for developing tests and treatments.

The sixth world congress since the inception of the event in Toronto in 2003, this first-ever gathering of this magnitude in Latin America will draw increased attention to Enroll in the region and especially Brazil. With over 190 million people, the world’s fifth largest population, Brazil could add potentially hundreds, if not thousands, of participants to Enroll-HD.

Click here to read a previous article on Brazil’s significant place on the HD map.

Brazil’s federal government has also taken notice of the HD cause. Local advocates and Brazilian health ministry officials have started a dialogue on the need to train doctors and other health professionals how to recognize the frequently misdiagnosed symptoms of HD and refer patients to specialized clinics.

I have researched Brazilian history since 1986 and ever since have traveled there almost annually. In all, I have spent about eight years in Brazil. My wife Regina is from Brazil, and our teen daughter Bianca is close to her Brazilian grandma and aunts and uncles.

I have become a bi-cultural individual. I feel very much at home in Rio, where Regina and I met during my three years of Ph.D. research from 1988-1991, and the numerous other regions of Brazil I have visited. 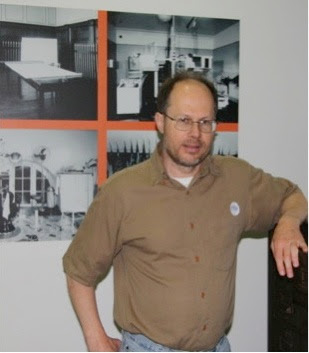 On the day before the congress begins, I will attend the 80th birthday party of minha mãe brasleira, “my Brazilian mom,” Maryse Bacellar, whom I met in 1988 while spending a couple months in her home during an intensive Portuguese-language program.

From virtually the start of my family’s difficult odyssey with HD after my mother’s diagnosis in 1995, Maryse has always lent an understanding ear.

As my biological mother Carol Serbin withered away under the barrage of HD symptoms, dying of the disease in 2006, Maryse occupied an increasingly important place in my life. After my mom lost the ability to speak, Maryse became the virtual mom I could talk to.

In my free moments, I’ll also get to spend time with my mother-in-law and other relatives and close friends.

Over the years, I have forged deep bonds with many other Brazilian friends. After I exited the terrible and lonely “HD closet” last year with an article in The Chronicle of Higher Education and then in Portuguese in the Folha de S.Paulo, those friends sent warm greetings of solidarity.

Along the way, I have witnessed the development of the Associação Brasil Huntington and built ties to its leaders.

After the congress, I will travel to São Paulo, one of the world’s leading industrial and financial hubs, to deliver a speech in Portuguese on “Huntington’s Disease and Bioethics: A Case Study.”

The day before I am also scheduled to appear before the truth commission of the São Paulo state legislature, one of many such commissions in Brazil currently investigating the atrocities of the military dictatorship that ruled the country from 1964-1981. I have written several books and a number of articles examining that period.

As I increasingly turn my scholarly attention to the fight to interpret the quest to defeat HD and contribute to its success, this trip represents a huge personal milestone.

For the first time, I will completely meld my vast experience in Brazil with my HD advocacy.

I am ever thankful for the great commitment of my Brazilian brothers and sisters to the HD cause. I look forward to one day celebrating with them the defeat of HD. 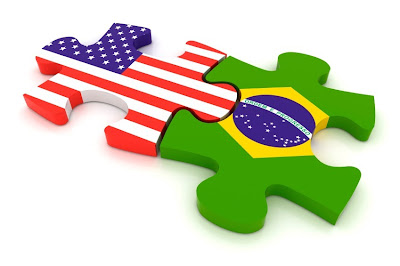 Safe travels! A joyous time for you!!!

(BTW, the books should be there!)

Enjoy this special unique event in a place so significant for you!!!Hope you'll have a great time and stimulating imputs from worldwide top researchers. Paola