Fear not, Huntington’s disease families – Pope Francis has our backs

In just a few hours, at a historic meeting at the Vatican, Pope Francis will offer words of encouragement to the Huntington’s disease community, aiming to make this deadly, incurable neurological disorder “hidden no more.”

Francis is scheduled to arrive at the Paul VI Audience Hall, just a few yards from St. Peter’s Basilica in Vatican City, at 11 a.m. Rome time.

The organizers of “HDdennomore, Pope Francis’s Special Audience with the Huntington’s Disease Community in Solidarity with South America,” have enlisted the pope’s leadership in removing the shame and stigma associated with HD.

The event will be streamed lived in English at www.HDdennomore.com and on the Vatican’s YouTube channel, www.youtube.com/vatican. (There will also be Vatican broadcasts in Italian, Portuguese, and Spanish.)

(Click here and here for background and details of the event).

The event will focus especially on four impoverished HD families from Argentina, Colombia, and Venezuela. They arrived in Rome on May 15 and have been touring the city, with some experiencing delights such as ice cream for the first time. The president of the Italian Senate gave the families a welcoming speech in the Senate chamber.

More than 30 HD family members have also arrived from Brazil.

Open to the entire HD community, HDdennomore has drawn advocates and supporters from more than 20 countries. 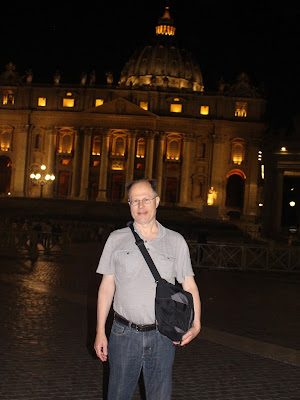 A commitment to the marginalized

I arrived in Rome with my family late on the night of May 10, feeling great anticipation about the papal audience.

On the plane, I continued reading historian Austen Ivereigh’s biography of Francis, The Great Reformer: Francis and the Making of a Radical Pope.

“Francis’s deep commitment to the poor and marginalized has increased my expectation that he will lift the spirits of the HD community and help pave the way for new and better ways of caring for the HD-stricken and their families,” I reflected in a May 11 Facebook posting. “No matter what our faith, Francis’s words echo the struggle of the HD community to care for our loved ones and to make this disease ‘hidden no more.’” 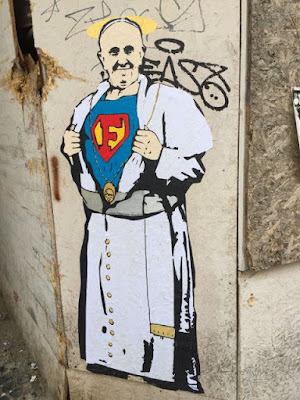 Getting ready for the big moment

We arrived more than a week before the audience in order to become acclimated to Rome and to recover from the nine-hour jet lag between San Diego and Italy. I hope I’ve minimized the risk to my brain.

HDdennomore will start at the moment I would normally be going to bed in California. Huntington’s disease sufferers experience problems with their circadian rhythm, which regulates sleep and other bodily functions. Researchers recommend that HD people and even HD gene carriers like me avoid jet lag and go to sleep around the same time each night.

My wife Regina, daughter Bianca, and I have spent part of the time leisurely touring Rome, a bustling yet highly welcoming city with some of the world’s greatest artistic and archeological treasures, a culinary paradise, and, of course, the seat of world Catholicism. Regina's mother Lourdes has also joined us from Rio de Janeiro.

Now we’re getting ready for the big moment: we will meet Francis personally and hope to share with him our family’s HD struggles. 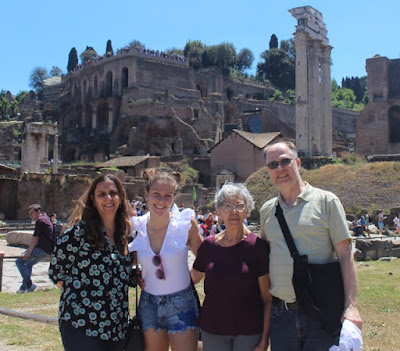 This afternoon I visited the Passionist fathers’ monastery, where the Argentine, Colombian, and Venezuelan HD families are lodging, as well as some of the Brazilians.

We also began planning for ways to take advantage of the “onda do papa,” the “papal wave” of publicity and renewed advocacy hopefully to be initiated by the audience with Francis.

One of the participants, Samila Cristina, pointed out the importance of a network of support in families’ efforts to cope with HD. (Her family won an ABH drawing that provided a patient and caregiver with airfare to Rome.)

Indeed, after the 90-minute encounter I felt as if I had attended my local HD support group in San Diego: once again I recalled the fact that I carry the deadly HD gene, but I also felt strength from the new bonds forged with these fellow members of the extended HD family. 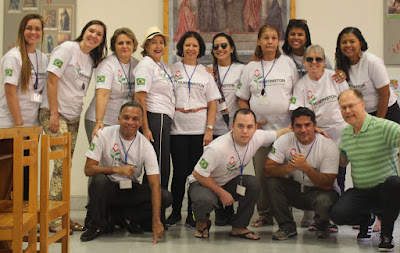 Above, Gene Veritas (in green shirt) and the Brazilian HD families at the Passionist fathers monastery. Below, Teresinha presents Gene Veritas with an ABH/HDdennomore t-shirt (personal photos). 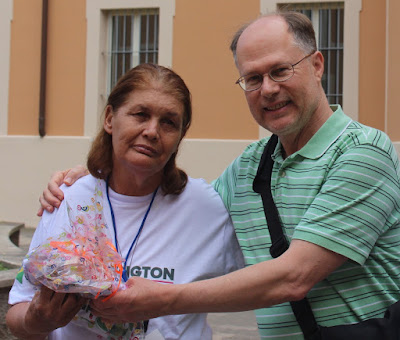 Entering the spotlight, inspiring the world

As the moment approaches for the HD community to enter the world spotlight, it’s time to overcome the fear that has blocked our community from coping with and finding the cure to HD.

“We face a myriad of challenges, including genetic testing, family planning, family tensions, shame, the devastating symptoms, and the huge caregiving burden,” I wrote in a May 15 Facebook posting. “Be not afraid! Pope Francis has our backs! HD must be ‘hidden no more!’”

With so many unable to attend because of the distance, cost, and challenges of HD, I am enormously privileged to have been invited to the audience.

On Facebook, I also recalled how another, non-HD-related health crisis in our family in late April nearly led me to cancel our trip.

As that crisis was successfully resolved, I was reminded of the many other people suffering from difficult diseases, including genetic disorders. My family and I will take a small religious keepsake to the papal audience for the friend of a friend in the U.S., a young woman who suffers from two rare genetic disorders.

Indeed, I hope that Pope Francis’s gesture to the Huntington’s community can inspire those suffering from all diseases to strive for a world where care and cure trump stigma and, perhaps even worse, indifference.

(My trip to Rome was made possible by the College of Arts and Sciences, the Frances G. Harpst Center for Catholic Thought and Culture, the International Center, and the Department of History of the University of San Diego. I am grateful for the institutional and moral support of my colleagues and students.)
Posted by Gene Veritas at 12:37 PM

Thank you for advocating for those affected by this disease and for representing us in Rome. I received my results just yesterday - CAG 38. I have four children. Your resilience is inspiring.

On behalf of our global family, Thank You!!! for representing all of us today!

What a monumental achievement!!

May we from this day forward, Starve Stigma, not people of love, light and benevolent energy of compassionate actions.

Bless you and yours!
Laura Jean
DNA YOGI
USA